Bohuslav Martinů is played all over the world and alongside Smetana, Dvořák and Janáček he ranks among the most important Czech composers. He composed the overture for orchestra H 345 during a stay in his favourite city of Nice on the French Riviera. The piece literally gushed out of him and was finished in five days. The overture is one of nearly four hundred works that the composer created in his lifetime. From 1923 Martinů lived mostly abroad, first in Paris, then in the USA where he went at the beginning of the Second World War. After the tragic death of Jan Masaryk, he rejected the idea of returning to Czechoslovakia and remained in exile. In 1952, a year before composing the Overture, he obtained American citizenship.

Reinhold Glière’s music is characterised by romantic and modernist elements. The Concerto for coloratura soprano and orchestra was born in 1943. The two-movement work bears elements of the melodicism of Russian folklore and is characterized by an almost cinematic quality. Few emotions are not evoked.

Johannes Brahms will close the evening with his Symphony No.1 which he completed in 1876 – after incredible twenty-one years. The manuscript score of the first movement has not survived but the originals of the other movements are archived at the Morgan Library & Museum in New York. 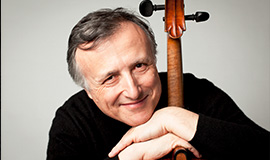 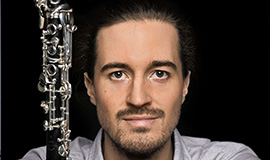 Wagner – the creator of great epic three-hour operas will appear here in a slightly different light – his only completed symphony – Symphony in C major. The beginning of the concert will also belong to Strauss.