The Ostrava Orchestra is a sought-after and successful ensemble which world-class conductors such as Christian Arming, Daniel Raiskin and Andrey Boreyko regularly collaborate with. In the recent past the orchestra performed – either in Ostrava or on tour – with such distinguished musicians such as cellist Gautier Capuçon, violinists Lisa Batiashvilli and Vadim Gluzman, singers Anna Netrebko and Jonas Kaufmann, pianists Boris Giltburg and Simon Trpčeski and a lot of others. Since the season 2020/2021 the position of the JPO chief conductor and art director is being held by Vassily Sinaisky.

The reputation of the JPO is ensured by hundreds of first-class musicians not only from the Czech Republic but also from abroad. The orchestra excels with the unique softness of the strings and the sharp sound of the brass section. For its home audience it plays over a fifty concerts a year. It is regularly invited to perform at festivals and tours both in the Czech republic and abroad – in the recent years it has performed in New York, Seoul, Paris, Beijing and Munich, to name a few. The orchestra has been a guest artist in China, Germany, Spain, Italy, Switzerland and Poland.

Of course that the JPO’s repertoire includes Leoš Janáček whose name the orchestra proudly bears, Antonín Dvořák and other Czech composers. JPO recordings have been released by many prestigious record companies. The orchestra has composed music for several films and has collaborated with popular Czech musicians, such as Tomáš Klus and Vojtěch Dyk. The orchestra also focuses on educational cycles for younger audiences and seniors or on the education of talented soloists and conductors who are given the opportunity to perform with the orchestra even in a separate concert series. Since 2020, the JPO has been contributing to the alternative education and career development of young talented musicians from all over the world with the International Orchestral Academy project.

The JPO continues the tradition of the Ostrava Radio Orchestra which was founded during the times when the city was visited by such personalities as Paul Hindemith, Sergei Prokofiev and Igor Stravinsky. The symphonic orchestra was founded in 1954. It very quickly established a strong position on the domestic scene and began to give concerts abroad as well. The orchestra has worked with Václav Neumann, Karel Ančerl, Charles Mackerras, Plácido Domingo, José Carreras and Diana Ross.

In the past seasons (2020 – 2022) Petr Popelka held the position of the Chief Guest Conductor, more information here.

The position of resident soloist of JFO in the last two seasons (2020 – 2022) was held by pianist Lukáš Vondráček, more information here.

During the 2022/2023 season will be JPO based in Ostrava’s Vesmír cinema. So that JPO will leave its home venue, the Ostrava House of Culture, for a few years. It will undergo an extensive reconstruction, which also includes the addition of a concert hall with world-class acoustic parameters. The author of the draft design is architectonic studio Steven Holl Architects from New York in cooperation with Architecture Acts studio from Prague. So after 150 years since the first idea was conceived and almost 70 years since the JPO was founded, the orchestra is just one step away from a new concert hall and cultural centre. 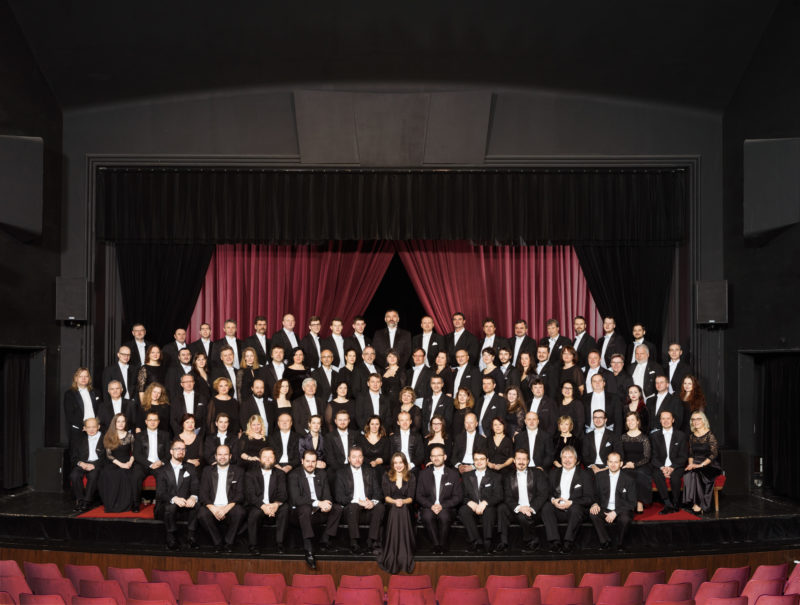