Sergej Prokofjev
Concerto for Piano and Orchestra No. 2 in g minor op. 16

Prokofiev’s Concerto for Piano and Orchestra No. 2 is an extraordinary piece that not every pianist would dare to play. Prokofiev composed the concerto between 1912 and 1913 but the original version was lost during the Bolshevik revolution in 1917, so Prokofiev reconstructed the work in 1923. He himself then declared that it was „so much rewritten that it can be considered Piano Concerto No. 4″. In the meantime, he had composed one more concerto. He dedicated the work to a friend from the St. Petersburg Conservatoire who had committed suicide while the concerto was being written and left a suicide note to Prokofiev. The premiere of the first version of the concerto – in 1913 – was accompanied by disillusionment because the audience found the work too modernist. The rewritten version was premiered in Paris and was received with enthusiasm. Because of the Bolsheviks, the composer went into exile – after all, modernism as a style was not welcome in the USSR. However, his work continued to be performed in Russia. When he returned in the 1930s, he had to stay and compose not only according to his taste but also according to political demand…

The tragedy of fate also found its way into Dvořák’s work. Symphony No. 8 is one of the most appreciated works of this great composer. It was composed between August and November 1889 and premiered in February 1890 at the Rudolfinum. After the premiere of the „8th“ in London, the English press described him as „the only living composer who can rightly be called Beethoven’s successor“. 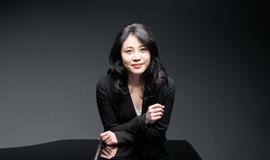