Janáček philharmonic OstravaB/Symphony seriesB1 A tribute to the classics
Back

B1 A tribute to the classics

Change of the soloist

Sinfonia Concertante is one of Sergei Prokofiev’s greatest works and one of the greatest pieces for cello and orchestra ever written. The work is highly melodic and pleasant to listen to. The composer completed the Sinfonia in 1951, drawing on material from his cello concerto. The work was premiered in 1952, a year before Prokofiev’s death. Ironically, he died on the same day as Stalin from whose regime he had emigrated, only to return later and have to compose works that played into the hands of the Bolsheviks.

Antonín Dvořák was fascinated by everything related to modern times. He loved locomotives and he loved to travel. He wrote Symphony No. 7 during his stay in London and conducted its premiere himself in St. James Hall. The dark nature of the work is probably related to the death of the composer’s mother. The British musicologist Donald F. Tovey wrote in 1936 that Dvořák’s “Seventh”, along with Brahms’ four symphonies and Schubert’s Ninth, are among the greatest and purest examples of an art form based on Beethoven. It was not the first or last time that someone compared Dvořák to Beethoven. 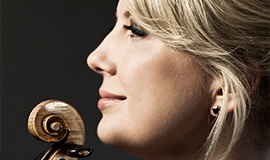 B2 The Great Beethoven

The Prelude to the only opera Beethoven wrote or his Symphony No. 8 – this is the program that intersperses Shostakovich’s Violin Concerto, with Elina Vähälä taking the solo part. 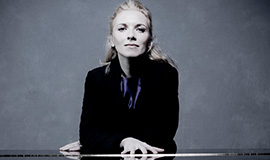 Symphony No. 6 “Pathetic” was conducted by Tchaikovsky himself at its premiere in St. Petersburg, just nine days before his death. After the premiere, he still managed to make corrections, and this adjustment is still played today.