K1 An evening for violin and piano

Maurice Ravel composed his Sonata for Violin and Piano between 1923 and 1927 when it was premiered to great acclaim. The following year Ravel went to the USA where he travelled and gave concerts. He played mainly the second movement of his Sonata, entitled Blues, for his audience and critics. His message at the time was clear: Jazz is a good music and it doesn’t need to be considered irreverent. In addition to the Sonata for Violin and Piano, there will be several shorter pieces by Ravel: Habanera, Kaddish and Tzigane.

One of the most important representatives of musical impressionism, Claude Debussy left behind many compositions that can still be heard in concert halls all around the world today. The Sonata for violin and piano is a twelve-minute long piece that comes from a cycle of six sonatas, in the original “Six sonates pour divers instruments, composées par Claude Debussy”. The premiere of the three-movement sonata for violin and piano took place in May 1917 with Gaston Poulet playing the violin part and Debussy himself playing the piano part. It was his last public performance, he died the following spring.

Milan Al-Ashab will play the violin and Adam Skoumal will sit at the piano. In addition to works by Ravel and Debussy, there will also be works by the French composer Camille Saint-Saëns and the German composer and conductor Franz Waxman. 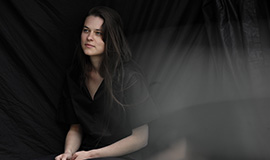 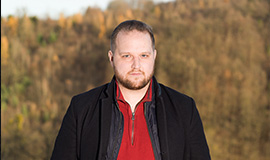 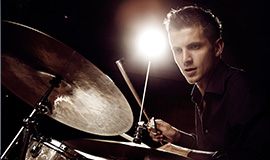 Two Brno musicians presenting original repertoire. The Slovak violinist Milan Paľa was invited to the production, and the percussion of Martin Kleibl and Martin Opršál will be played next to the violin.