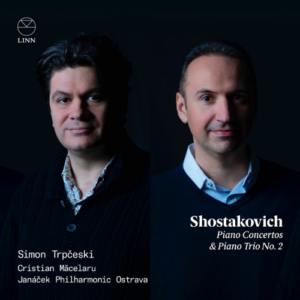 In three rounds, the Jury of the International Classical Music Awards (ICMA) has chosen the releases competing in the finals for the awards 2022. The initial list with a total of 377 nominations has been reduced to three releases per category, the finalists for 2022. ICMA President Remy Franck says: « This year again, many of the nominations were strongly backed by over fifty percent of the jurors. These releases collected many points through all rounds. And when almost 90% of the nominated productions had been eliminated, we started on finding the winner in each of our 16 award categories, the one being inducted in ICMA’s Hall of fame reuniting all the winners from the past years. The winner is chosen from a list of three finalists. »

The names of the winners who will receive their trophy at the Philharmonie in Luxembourg on 21 April 2022, will be published on Tuesday 18 January 2022.

The CD of Shostakovich’s Piano Concertos, which we recorded together with Simon Trpčeski, also competes in the finals in the “Assorted Programs” category.