Czech soprano Kateřina Kněžíková is clearly a singer to watch 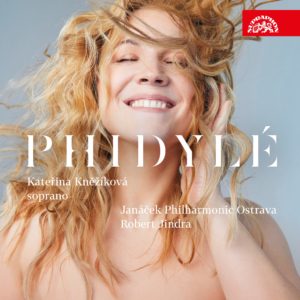 The Martinů is some way from the composer’s mature style but it’s a gem. The three five-minute songs that make up Magic Nights set poems from the same source as Mahler’s Das Lied von der Erde. Delicate and dreamlike, with glittering celesta-lined textures, they are airier than Mahler’s songs, even if the central song, ‘Untouched by spring’, conveys a moving sense of melancholy.

Kněžíková is superb in them, always in full technical control but with a timbre that, enlivened by seductive vibrato, is ideally soft and warm. With sensuous support from Robert Jindra and the Janáček Philharmonic Orchestra of Ostrava, it’s a performance that’s more yielding than the only other recording that seems to be available, from L’ubica Rybárska (with the Prague Symphony Orchestra under the late Jiří Bělohlávek).

Szymanowski’s brief Penthesilea is another meditation on desire, all winding counterpoint and post-Tristan harmonic uncertainty, and with a vocal line – rising slowly but distractedly – that Kněžíková’s controlled approach suits beautifully. It proves a fitting conclusion to an outstanding album. Highly recommended.