The new concert hall in Ostrava

The new concert hall designed by Steven Holl’s architectural studio in cooperation with Architecture Acts has the potential to become a symbol of the city of Ostrava. Like the Eiffel Tower in Paris or the Sydney Opera House. The top-notch hall will certainly be an attraction not only for first-class musicians. The Ostrava orchestra will also be able to grow artistically, and Ostrava will thus acquire a high-quality export item. And the people of Ostrava will finally hear their orchestra as it really sounds. 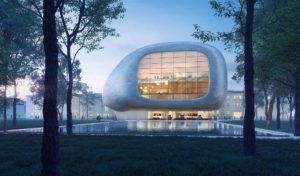 The new building should serve mainly as a quality public space for the inhabitants of the city of Ostrava and its surroundings, it should become a base for the orchestra, which is an integral part of this city, and thus enable its fundamental artistic development. It should provide the background for the Leoš Janáček International Music Festival or the Ostrava Days of New Music. It should be a space for communication with anyone who shows interest in culture. It should significantly enhance cultural events throughout the region. 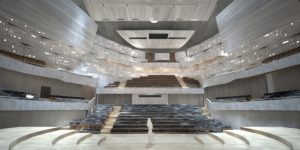 For the former industrial city, the new building will have an undeniable economic benefit. Let’s look at similar examples from other countries. The most surprising aspect of the Guggenheim Museum in Bilbao, Spain is its impact on the city’s economy. In this context, we talk about the so-called “Bilbao effect”. The city contributed $ 100 million to the construction of the museum, and in the first three years alone, the museum was visited by 4 million tourists. The construction proved to be a clearly promising investment with a quick return.

More information can be found here.