Janáček philharmonic OstravaNovinkyThe performer and the programme are changing

The performer and the programme are changing

For operational reasons, the performer and the programme are changing. Thank you for your understanding.

Instead of originally denounced Denis Kozhukhin will perform at the concert on April 4, 2019, pianist Federico Colli. He will play Piano Concerto in B minor of P. I. Tchaikovsky.

Pyotr I. Tchaikovsky
Concerto for Piano and Orchestra No. 1 B-flat minor, Op. 23

Béla Bartók
The Miraculous Mandarin, suite from the ballet, Op. 19 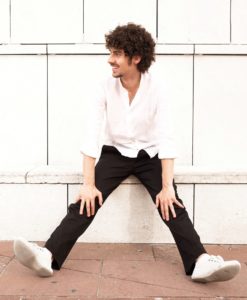 His solo CD produced by Champs Hill Records, featuring works by Beethoven, Scriabin, and Mussorgsky, was released with great critical acclaim. He is now recording for Chandos Records, with whom he has released a much appreciated first album entirely dedicated to Scarlatti. “We seem to be listening to music unraveling and Colli’s delicacy at such points is miraculous.” (The Times)

He has been sharing the stage with Lang Lang, Martha Argerich, Nelson Freire, and Leonidas Kavakos, also appearing as cover star on the magazines Suonare News, Pianist, and Harmonie. Some of his concerts have been broadcast by Mitteldeutscher Rundfunk (MDR), BBC Radio3, Rai Radio3, Deutschlandfunk, Polish Radio2, and RTÉ Lyric FM.

Born in Brescia in 1988, he has been studying at the Milan Conservatory, Imola International Piano Academy and Salzburg Mozarteum, under the guidance of Sergio Marangoni, Konstantin Bogino, Boris Petrushansky, and Pavel Gililov. He received the “Grosso d’argento” as a prize for the international prestige given to his hometown, and the Music Section of the UK Critics’ Circle included him among the recipients of its 2018 Awards.