Janáček philharmonic OstravaNovinkyWith the Stabat Mater concert, we will close the season and our acting in the existing building of the House of Culture

With the Stabat Mater concert, we will close the season and our acting in the existing building of the House of Culture

Dvořák’s Stabat Mater oratorio – the final concert of the 68th season of JPO demands a monumental work which, after its extraordinarily successful London premiere in 1883, literally spread all over the world. The orchestra will be conducted by chief conductor Vasily Sinaisky and the soprano part will be entrusted to Kateřina Kněžíková, who is the recent holder of the BBC Music Magazine Awards for the album Phidylé, which she recorded with the Janáček Philharmonic Ostrava. After the concert, listeners of Kateřina Kněžíková are invited to the autograph session of this album. The Stabat Mater concert is the last large JPO symphony concert in the existing premises of the House of Culture of the city of Ostrava. The building is awaiting reconstruction and addition of a new concert hall designed by American architect Steven Holl. For the time being, the orchestra will operate mainly in the former Vesmír cinema. However, the listening comfort of the listeners will not suffer – the cinema hall is undergoing acoustic adaptation and the repertoire of the upcoming 69th season is also adapted to the space. Its program offer will be declassified in the coming days and online sales will begin on May 19. 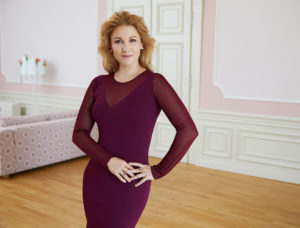 “I consider Dvořák’s Stabat Mater to be one of the most personal statements in music literature ever. For me, it is the embodiment of Dvořák’s faith, truthfulness, conviction. Despite the fact that the topic itself is literally painful and stems from the author’s personal tragedy, it is a work that is a symbol of hope. It is one of the strongest songs I know,” adds JFO director Jan Žemla.

After the concert, an autograph session of her newly awarded album Phidylé will take place with Kateřina Kněžíková in the lobby, which will also be available for sale on the spot.

JPO is moving to the former Vesmír cinema and preparing for the 69th season
“We have a lot of changes ahead of us in the years to come. We are starting to build a new concert hall in Ostrava. For us, the preparation for the iconic Ostrava building means that the orchestra will temporarily move to the former Vesmír cinema. We will all have to get used to an even bigger provisional conditions than before. We have adapted the repertoire to this, as the former cinema is not entirely suitable for the greatest symphonic compositions. Despite this fact, I am sure that the listening comfort of our listeners will not suffer. In the Vesmír, they will hear the most classic repertoire of our own – from Haydn, Mozart, Beethoven to rock representatives of musical romanticism to compositions by Richard Strauss and Czech authors of the twentieth century. In addition, the whole space will undergo a relatively significant adjustment of acoustics, so that, as always and in everything, we achieve the best possible result. In addition to the Vesmír cinema, we will perform in the multifunctional Gong hall and in the beautiful Church of St. Wenceslas in Opava,” says JPO director Jan Žemla.

The sale of the 69th season will be announced and launched for online sale on May 19. It will be possible to buy tickets in person from May 23.