Janáček philharmonic OstravaC/What we loveC2 I will resist!
Back
Sold out

C2 I will resist!

Is it even possible to resist music that adds over large areas, beats, graduates and tempts us in various ways? Notum est, it is indeed difficult when listening to Ravel’s Bolero, Edward Elgar’s compositions or even Beethoven’s most famous Symphony No.9.

One must remain adamant and resist. During the concert, you will have to endure many pitfalls of listening to classical music, especially as performed by the Janáček Philharmonic and especially under the leadership of the irresistible conductor… We must not let the listener succumb! It is necessary to keep a cool head and leave the concert hall in exactly the state in which one entered it. Only minor fascination with the conductor, soloist or a particular player in the orchestra is allowed. A quiet singing of the musical motif of one of the pieces from the concert programme may also be excused. But nothing more! Fingers crossed for you! Resist! 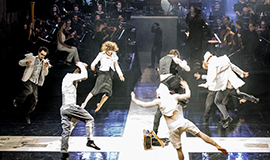 G1 Up End Down Symphony 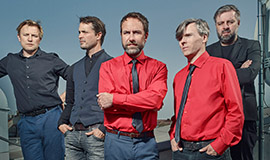 The concert is a cross-section of the work of Tata Bojs, and will offer a unique connection with the JPO symphony orchestra, which will be conducted by Tomáš Brauner.